Faith in the Weeds: Sermon for Proper 14C, Ninth Sunday After Pentecost 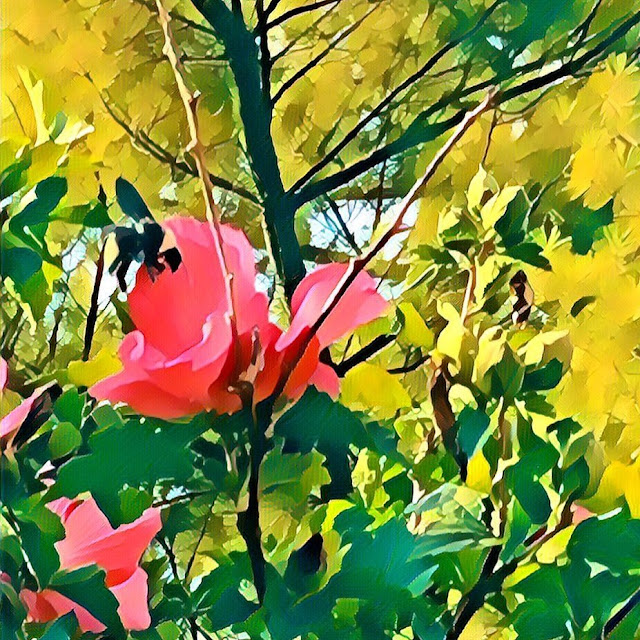 When we moved into our house, the previous owners had gone out and bought some very expensive trees to pretty up the backyard before putting it up for sale, and it showed. Almost all of the trees were about six to eight feet tall, which is a sure tip-off that they are fresh from the nursery.

There was a redbud in the backyard, and I come from redbud country, so we knew that tree was probably about 25 years old, because it was big enough to put as swing in for Lauren after she was born. But then there were the others. There was a dramatic white dogwood. There were two white pines. And they were all the same size. When we bought the house in February, they looked okay. But once winter snapped one last time, apparently, they started to get peaky. And by the time we moved in at the end of March, both the dogwood and one of the pines were as dry and crusty as the rim of a margarita glass.

When we pulled up the dogwood right after we bought the house, its roots were still in the burlap sack from the nursery, and when we dug up the pine, we saw that it had been planted right over a midden of construction garbage that included old tiles, broken bricks, and about 400 cigarette butts. Now, supposedly the pines had a warranty on them, so we replaced one. But when the other one died, too, we just ignored it, because by that time we had had our first baby, and what with everything we were too busy to deal with tree problems. 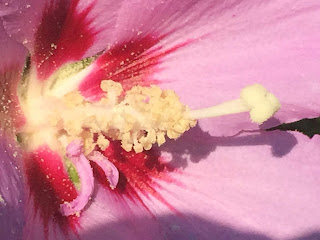 It apparently bothered my mother, how naked the backyard looked. So one time when she drove up, she brought a whole bunch of Rose of Sharon seedlings, mere sticks, really, and we plopped them in various trouble spot along our east fence. These most certainly were NOT fancy nursery- bred plants, but tough, twisty, squat little Okie trees, with colors of blooms my mother takes great pride in—pure white with deep red centers, pink, and purple—she had yarn tied on each little stick for the color of blooms it had so that we would get the whole assortment. Later my dad sent up a tiny redbud stick he got as a giveaway, of similarly humble origin.


These were not trees that needed pampering. These were trees that said soothingly, just like old relatives who arrive unannounced, “Y’all just go about your business, we’re fine here, don’t mind us. Just turn on the Beverly Hillbillies on TV Land and give us an ashtray and a Coors Light and we’ll be fine.”

And then all those humble Okie trees proceeded to seed themselves all over creation.

So as they’ve grown and spread canopies wide like an umbrella, I constantly have to pull up all their sprouting little children all over the garden. and the backyard, and the front yard. But they remind me of home, and momma, and my dad, gone these 13 years, and so it doesn’t bother me too much.

But Bill is not so charmed. He refers to them as weeds. And I get that. He does not treasure them as I do because his practical side sees their weird shape and rotting blossoms sliming up the yard if it rains real hard and he just thinks they’re homely. And if you perceive them from not having grown up around them, I guess they can be kind of unimpressive.

Yet I am convinced it is always the “weeds” of this world who provide the most refuge without asking anything in return.

Those trees are a vortex of activity. In five minutes of sitting on the back deck yesterday morning, working on this sermon and thinking, I watched six hummingbirds zoom around the blossoms as they jockeyed for a chance at the waning late-summer blooms. I watched cardinals and Carolina wrens fight over the ripening grape clusters from the vine that is supported by not one but two trees along our fence— trees that also give us privacy in our yard. I watched butterflies— humble little skippers, but also hairstreaks, fritillaries, swallowtails, and oh my God, even a monarch, once so ubiquitous but now almost as surprising to see as a Bengal tiger. Even on my deck I could hear the thrum of probably thirty bumble bees hovering like tugboats from blossom to bloom, staying aloft only God knows how.

We owe our lives to the “weeds” of this world, to their humble welcome and hospitality. The least we can do is call them beautiful.

I was thinking about the way those trees stubbornly grow and do so much even when everything seems to work against their flourishing, and then I thought about what was going on when the letter to the Hebrews was written. The audience for this letter, too, were worried about the survival of their faith community. The first generation of Christians are passing away at the time the letter to the Hebrews is written, and the second generation seems to be faltering, given that the Messiah has NOT returned as they believed. Early Christians expected Jesus to return within their lifetimes, and yet that expectation was being confounded.

Persecution was tempting them to give up the faith, or turning on the Gentile converts who would not follow Judaic Law. The Church was in danger of foundering and shrinking back into a local mystery cult instead of continuing to spread and flourish. Those early Christians feared that their community would soon wither and perish just like those first trees in our yard.

The author of Hebrews has a word of hope to prescribe for them. That word is “Faith.” And it’s a word, then and now, that is often misunderstood and denigrated, sneered at in our secular, post-religious era as what people fall back on when they don’t have knowledge or reason.

The first verse stands alone as a wonderful summary of the significance of faith as the lynchpin of our search for God. Faith is the junction of the finite, material world which can be derived through the senses with the eternal world.

Faith links us to the eternal and enables us to trust in God’s promises. It is what enables us to know God in response to God’s knowledge of us. Faith depends upon trust. Further, faith is what animates and motivates us to respond to God. Abram demonstrated faith enough to leave the only home he had known in Ur without even knowing what the land he was being given looked like—merely on God’s say-so.

“Faith is the assurance of things hoped for,” the author of Hebrews states. Yet the flavor of that statement in the original Greek is even stronger: faith is the “very being” of God’s promises to us--- those things that we hope for but barely allow ourselves to believe. Yet faith is not just a state of mind. It calls us as Christians to action as disciples, as we live into our heritage as children of God.

In the words of one commentator, Thomas Long, on this passage, faith


“is more than the inner confidence that the powers of the world that pressed down and destroy human life will eventually yield and that God’s promises will be fulfilled some day; it is the reality of those promises moving as an advanced force and operating behind enemy lines. Christians, then, have faith as an inward assurance, but they also in body faith is an outward manifestation in the old world of the revolutionary presence of the world to come. Faith as an inward reality sings “We Shall Overcome.” Faith as an outward reality marches at Selma. Faith as an inward reality trusts God’s promise that “mourning and crying and pain will be no more” (Rev. 21:4). Faith as an outward reality prays boldly for those who mourn, serves tenderly those who are weak, works tirelessly to ease the pain of those who are wounded. Inwardly, faith moves hearts; outwardly, faith moves mountains.”(1)


And let’s face it, it’s a hard time for faith as we face the tragedies of the world right now. The events of last weekend’s mass shootings have undoubtedly left many of us reeling. Thirty-one people dead, three children orphaned, dozens of others are wounded and traumatized. Once again, we will hear empty promises of “thoughts and prayers” from too many of our leaders, followed by shrugging inaction.

Two hundred and fifty-one mass shootings in 220 days of 2019. We need faith that this can change. We need action. Faith is that which gives us the courage and the strength the persevere and to dare. Faith is the thing that gives us wings to carry us over the times of distress in our lives. Most of us don’t have the heaping mounds of faith that Abram has in this passage. But the good news is: just a little is often enough. Just a little can get us through the anxiety and uncertainties of these times. 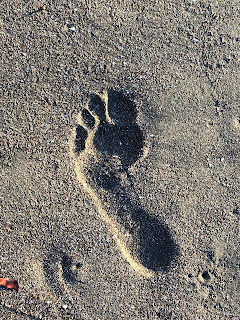 This is a time to remember where our priorities are: with stripping away all the distractions and self-centeredness that separates us from God and each other—in other words, sin and idolatry of self, the two great challenges of our lives together in this modern, angry, fear-fueled age. It’s also a time to relax into the promise—yes, in faith!– that God gives all of us as our tender, loving mother, seeking to draw us back to our true natures as beings made for love, made to be a blessing for others just like Abram was promised.

In other words, as we face the woundedness of this world, we are called to act, based upon God’s call to us, like Abraham, to be people of faith in deed as well as word– to live more deeply into the life we are all drawn toward in our very natures: a life rooted in the Most Merciful One, who created us for love and community. That means we are called to renounce all that separates us from God and each other, and probably high up on that list is silence in the face of hatred and violence that has our country by the throat.

All it takes is having the strength to take the first step. In courage. In love. In faith.