The Church Under the Cross


This was also posted at The Episcopal Cafe's Speaking to the Soul on March 22, 2015. 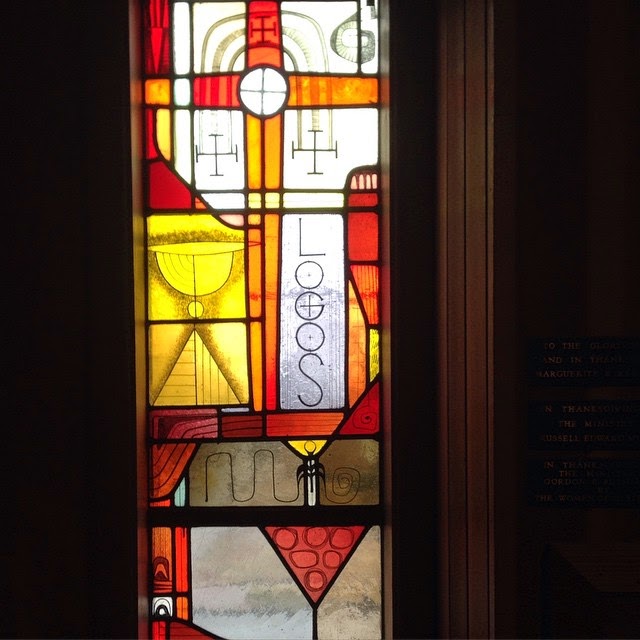 The death of the Church has been proclaimed over and over. I’m sure we’ve all heard the bad news: the Church is dying—or, at least our church is dying. Young people see no need for church, especially millennials, the newspapers crow. More people identify as atheist than at any other time, we are warned. In a book of Lenten meditations entitled God is on the Cross, the great German theologian and martyr Dietrich Bonhoeffer talked about “the dying Church” as well. Many Christians in Germany during World War II doubtless feared that the Church was dying then as dictators tried to either kill it or co-opt it, and as madness reigned across continents that groaned under the feet of armies marching under the banners of death. Looking upon this crisis, Bonhoeffer made this observation: Believers “do not believe in people or in the good in people that ultimately must triumph; they also do not believe in the church in its human power. Rather, believers believe solely in God, who creates and does the impossible, who creates life out of death, who has called the dying church to life against and in spite of us and through us.”

Bonhoeffer imagines the church “under the cross.” So too our gospel reading for today turns our faces toward the cross and dares to reimagine what it means, just as we are being called to reimagine the Church and what it means in this time and place. The gospel reading for today, which explores the paradox of how death can bring life, is the hinge upon which the good news of the gospel of John is proclaimed. This is the point at which, as Jesus says, “the hour has come for the Son of Man to be glorified.” What caused this hour to finally come at this particular point? The world—in the form of some “Greeks,” which means us—has come to Jesus. And soon, soon, Jesus is going to be exalted—lifted up—on the cross and beyond the cross, held up to bring all of the world to God. What is considered by the world to be a sign of shame is instead going to be the means of exaltation.

In the gospel of John, this is the point where Jesus moves from his ministry toward his exaltation—and when we come to Jesus. Victory can push through to us at the darkest of times. For John, the crucifixion brings victory, because the cross brings the world to God. We don’t usually think of it this way, but the metaphor of the grain of wheat helps us remember this too. Jesus speaks again in paradox. In order to live we must die to all that separates us from the love of God. Those who die to themselves will finally have a full life.

How do we (and John) understand the paradox that the cross is a symbol of victory and power rather than dishonor and disgrace? A death which is a sign of torture is instead a triumph. This was a scandalous idea at the time it was formulated, as it also is for us. Crucifixion was the means of execution for rebels and for murderers, and it was a terrible, lingering way to die.

But by casting back to the events of the history of Israel, John sees that the saving power of the cross has already been hinted at. Last week we heard the story of the people of Israel being saved by looking upon a symbol of a serpent (or seraph, depending on how you translate the original Hebrew) raised up on a pole, and looking upon that sign saved them from death. The reading from John’s gospel last week started off making explicit the connection between this sign and the lifting up of Jesus on the cross.

Jesus is usually presented as being unafraid of the cross throughout John’s gospel. However, our reading today includes acknowledgement that Jesus admitted that his “soul was troubled.” Jesus is human. We always have to remember that, because if Jesus is not fully human, how can he save us and show us a better way to live that we ourselves can emulate? The love of God that we understand through the life, death, and resurrection of Jesus lifts us all up and calls us to transformation.

The metaphor of the solitary grain of wheat falling to the ground is a homely, pastoral image, one to which many of Jesus’s followers could relate. That single grain must fall to the ground to be buried before it can spring to life abundantly and anew; otherwise it remains a single grain—and in the original Greek the term actually means “remains alone.”

There is a message here for us, as Christians and as Episcopalians, as well. Unless we as individuals are willing to be transformed—to let go of our old life of suspicion, and hardness of heart, and fear– we can have no trust in the love Jesus has for us, and we cannot be true servants of Christ. We have to break through the rocky soil of our own hearts to allow the seed of the promise of God’s love to grow. Likewise, unless we as the Church are willing to let go of how we have always understood ourselves, we too cannot break through to new life and new growth.
Posted by Scoop (Leslie Scoopmire) at 6:10 AM

Email ThisBlogThis!Share to TwitterShare to FacebookShare to Pinterest
Labels: scripture, Speaking to the Soul, STTS