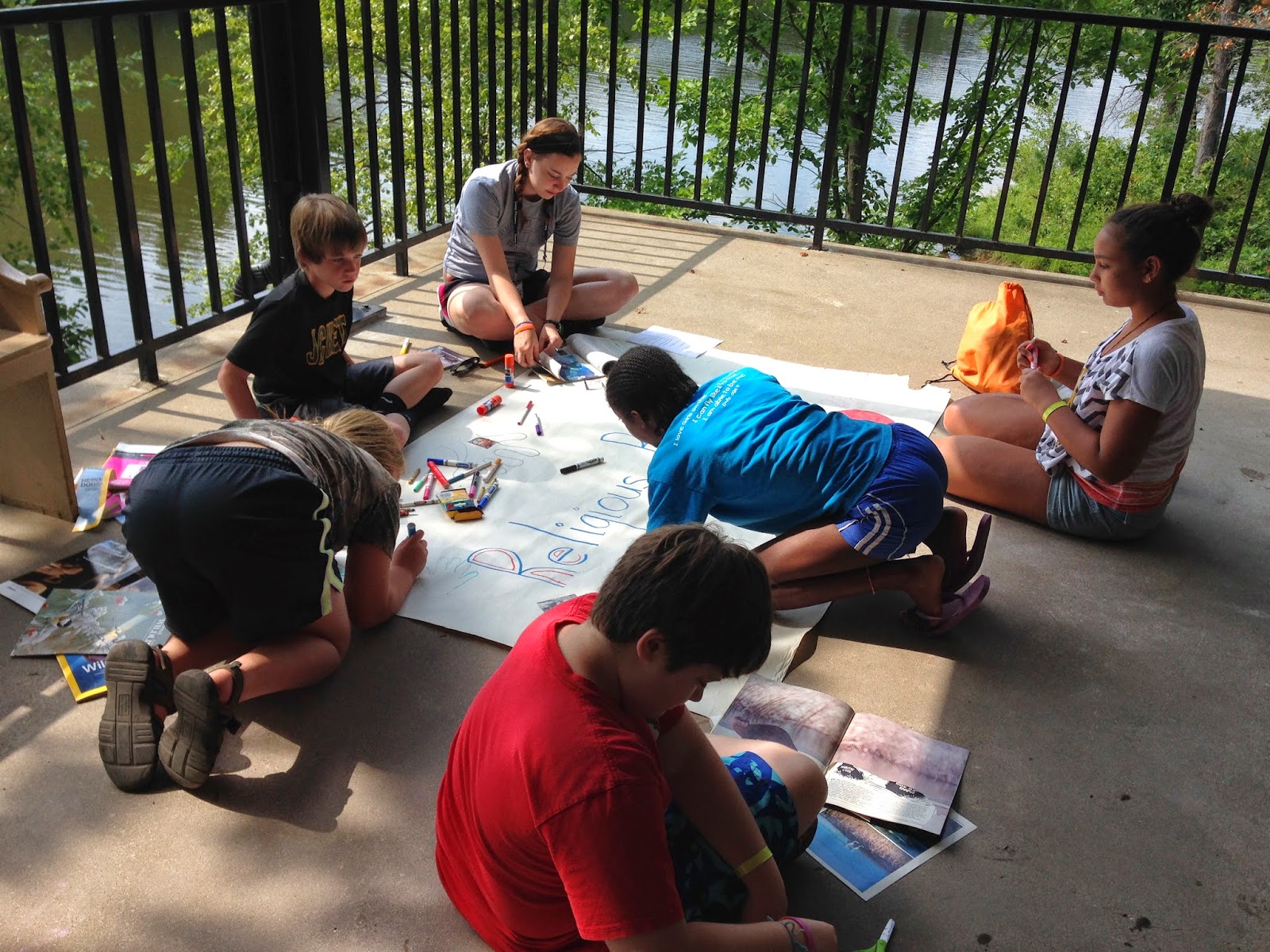 Stories are powerful things. Some stories are made up, and some are based on real events. But even the stories that a story-teller creates in his or her head tell us something about the truth, and about us, or they are not very good stories. Stories tell us about how we see the world around us, or sometimes they tell us about worlds or times we have never seen. They get inside us and change us.

This week we have been talking about stories. We heard special stories called parables told by Jesus: the Good Samaritan, Lazarus and the Rich Man, the Prodigal Son, and our gospel today, the Parable of the Sower. We learned about what makes up a good story: plot, character, setting, point-of-view, and theme.

The readings we just heard from scripture all contain stories. The first one is part of one of the creation stories from Genesis. How many of you have heard that story before? This story starts out the entire Bible, and I want you to notice who the first characters are. Let’s go over that first verse again: “In the beginning when GOD created the Heavens and the Earth….”

So, the first character is God. But notice also in that story that creation is a character. Creation participated with God in making everything we know. God tells the waters and the earth to bring forth creatures, and they do, and then God makes humans: male and female, young and old, of all races and beliefs —and did you notice that, after they are made, God declares them all to be GOOD.

Creation is not outside of us. We are part of creation, and we are given the gift to continue to create. That’s part of what it means when it says that humans are made in the image of God. We are creative.

And we tell stories, like this one in Genesis, to explain who God is, and who we are, and how we are to live. We tell that story so that it becomes part of us.

Then our second reading was about the Apostle Paul taking the story of Jesus to the Greeks in Athens. Now the setting in Athens is very important—Athens was the center of learning in the ancient world. All the big ideas came from there.

But the idea of God as we saw in our first story had not reached there, nor had the story of Jesus. Paul sees that there are altars to different gods, like Athena and Zeus, all over Athens—and just to be careful and not leave anyone out, they even set up an altar to a god whose name they didn’t know. So Paul starts telling them the story of the God Paul serves, who is unknown to them, the same God who created the earth and sky and all of us.

And he blows their minds by telling them that this God can’t be contained in any altar or statue that can be made by people, but instead lives inside us, and we live inside God and God’s love. And this week at Camp Phoenix we can see that Paul was right- God can’t be contained in any one setting, because God is the source and creator of all. God IS our setting, even when we are playing or hiking or riding horses or swimming.

Then our gospel reading is one of the stories we talked about this week. It’s a special kind of story called a parable. Parables were stories that used symbols and images to make a point. So the character and the setting are often symbols. So let’s look at this parable: Who is the person sowing or scattering the seeds?
What does the seed stand for?
And there’s different kinds of soil, right?

The different soil stands for the different ways people respond to the teachings of Jesus. And from this parable, we learn that being able to see the truth of a story depends on your setting, but it also depends upon your point-of-view.

Some people have hard hearts, like the dirt on a path packed down by trampling feet—maybe they’re angry or afraid of being disappointed. Maybe they’ve been hurt. They can’t hear the story until they let go of their fear or anger.

Some people get really enthusiastic for a new way of life at first, but when they realize how much work it is, or that some people will dislike them for their new beliefs, they give up and go back to their old story.

Some people like what they hear about what God can do for THEM, but they don’t want to change. They may not like Jesus’s call to love your neighbor as much as you love yourself when that neighbor ends up being someone completely different from them. So eventually they, too, dismiss the story of God.

But in some people, those who have the ability to have an open heart and open mind, those who are willing to believe that love can bring us through anything, even troubles or sadness, and is the greatest treasure of all—they’re willing to write a different kind of story with their lives.

It is only those who open their ears, and their hearts, to be receptive to the story revealed by Jesus who will bear good fruit, but they will bear it abundantly. Those of us who hear the story of God and see our own story within it now have the name for that love that maybe before we didn’t have a name for.

Each of you is writing your own story right now. Eventually, you will choose your own plot, your own setting, the characters you will spend time with. You decide what your point-of-view is.

I hope the story you write for yourself is a good one. I hope it is full of love and laughter. I hope it is a story that inspires others and makes your world and community a more beautiful place. That love that surrounds us, and supports us, and makes the story of our lives have meaning in being for others—that’s God, and we are shown the way through the stories that Jesus tells that become a part of us.

You can decide to let that story be grounded in God’s love. And then—YOU can help write the story of God in the world by what you do and who you are.

Posted by Scoop (Leslie Scoopmire) at 6:40 AM