Grounded in holiness: sermon for Proper 28, year B

Last week in our gospel we heard the story of the “Widow’s Mite.” We were led to contemplate how the Church might actually represent the widow in the story—giving our all to God all for nothing but the sake of Christ—in other words, for the greatest free thing in all the world: love.

This week we hear stories about worship in our readings. The story of Hannah is centered around the shrine at Shiloh that contained the Ark of the Covenant. And our gospel reading from Mark continues the discussion Jesus and his disciples are having about the Temple. Yet I think love is woven into this, as well, since worship is all about love- love for God, and love for each other.

Places of worship come and go, but the ways we worship God are more important. Shiloh was an important place of worship—until it was overrun and looted. Then the First Temple was built at Jerusalem by Solomon. That Temple, in turn, was destroyed, and it was only after a long exile that a new Temple replaced it. That second Temple was then further expanded by King Herod, whose family governed Israel as puppets and collaborators under the Roman Empire during the life of Jesus.

Our gospel story depicts Jesus and his disciples discussing the Temple that Herod had expanded. Allegedly, it was an amazing sight, with marble columns and pavements, and it was so massive that its walls were sixteen feet thick in places. And some of those stones that the disciples remarked about weighed over 100 tons EACH. All of this magnificence was paid for by taxes that Herod and the religious authorities levied upon the people, whether wealthy patrons or poor widows.

This Temple may have been declared to be the center of the worship of God, but the guy whose name was all over it was HEROD’S, and it was a monument to Herod’s claims to power and legitimacy as a ruler. The problem of the Temple for Jesus is that it was NOT dedicated to the humble work of love, the work of building up the community, the work of worshiping God.

In our first reading, Hannah’s entire household—including her husband’s other wife and children-- are on pilgrimage at Shiloh, yet Hannah was restless and troubled. Although beloved by her husband, she is childless. Her husband doesn’t seem to understand the depths of Hannah’s pain—possibly because he has children with his other wife. Yet Hannah knows that if, God forbid, something were to happen to her husband, she would be absolutely destitute-- just like that poor widow in last week’s gospel.

Hannah gets up from the family feast to go and pray alone before the Ark, observed by Eli, the priest. Humbly but fervently, she begs God for a son, even promising to give that child back to God’s service as soon as he is weaned. She begins praying so hard yet so silently that Eli thinks she’s drunk. After defending herself, Eli bids her go in peace. But something shifted during that prayer. Hannah is “remembered” by God, and blessed with a son, who was named Samuel, meaning “God hears me.” Hannah will give birth to that son, only to give him to Eli, to grow up in the sanctuary at Shiloh, and serve God as a prophet and judge of Israel.

Hannah eventually sings a great song of victory after the birth of her son, which will be very similar to another song of victory sung by a young woman named Mary, inspired by her own impending motherhood. I want to mention it so that we understand that Hannah worshiped and praised God as much as she railed at God. Hannah had first approached God with angry pleadings, but eventually she sings a great song of power and rejoicing. Hannah’s marginalized status was overturned through her very great faith.  In a few weeks, Mary will also sing about the greatness of God and all God’s works in overturning the hierarchies of power, to bring restoration of God’s design for peace and justice. Hannah and Mary are linked: they each have a son, and they raise him and love him only to give him away to serve God. They give all they have out of love. Just like the widow in last week’s gospel.

Our sermon last week closed with imagining that the widow had gone home from the Temple, not to impending starvation, but to the loving care of others—perhaps someone who witnessed her act pressed some money into her hands, perhaps she had her own loving daughter-in-law to help her, as Naomi had Ruth. Perhaps she had neighbors who would check on her and take care of her. I love that image. That love and care we show for others IS true worship. It’s true discipleship—one that’s not dependent on buildings but on hearts on fire with the love of God. 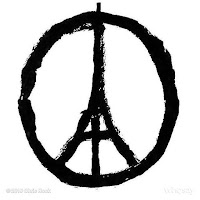 I particularly thought of that image during the last few days, as we heard of atrocities in Lui, in Syria, in Baghdad, and in Beirut. On Friday, the terrible attacks all across Paris killed at least 120 persons, and wounded nearly 400 more.

It seems overwhelming. Yet even in the midst of carnage, there were also beautiful stories of good people opening their homes to people displaced by these tragedies; of people airdropping food and supplies to refugees in one place and plucking them from the ocean in others; of people growing and giving away a ton of food even when the weather doesn’t cooperate. All of these actions are holy. All of these actions remind us of the best in us that was planted by God in creation.

And that’s an important message to hear, as we keep being told that Christianity as we know it, and the Episcopal Church as we know it, is in decline. We are a small church. But, if our hearts are filled with worship and wonder at what God has done for us, we can still do great things, if our souls proclaim the greatness of the Lord, and our spirits rejoice in God our Savior, who looks with favor on his lowly servants.

Yet I’m reminded of a beautiful point that Pamela made last week. She said, “Being a member of a church, and giving generously of your time, talent, and treasure, is NOT going to impress people today.” But she reminded us that this is actually good news. Here’s what she said: “If we Christians can embrace our marginalized place in society and stop chasing respectability and status, we will be that much closer to the life of faith that Jesus modeled and wants us to emulate.”

This reminded me of one of my favorite poems, by e. e. cummings (I told you all I was an English major, yes?).  This poem reminded me of the holiness to be found in humility, the kind of humility and steadfast love we see in Hannah, and Mary, and countless others like you and me right here at Good Shepherd who seek to give God our all.

i am a little church(no great cathedral)
far from the splendor and squalor of hurrying cities
-i do not worry if briefer days grow briefest,
i am not sorry when sun and rain make april
my life is the life of the reaper and the sower;
my prayers are prayers of earth's own clumsily striving
(finding and losing and laughing and crying)children
whose any sadness or joy is my grief or my gladness
around me surges a miracle of unceasing
birth and glory and death and resurrection:
over my sleeping self float flaming symbols
of hope,and i wake to a perfect patience of mountains
i am a little church(far from the frantic
world with its rapture and anguish)at peace with nature
-i do not worry if longer nights grow longest;
i am not sorry when silence becomes singing
winter by spring, i lift my diminutive spire to
merciful Him Whose only now is forever:
standing erect in the deathless truth of His presence
(welcoming humbly His light and proudly His darkness) 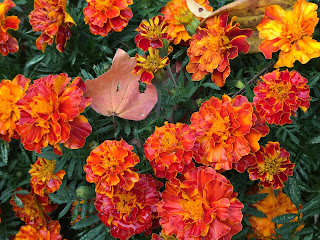 I thought of that poem, and I thought—that’s us!

This is a church attuned to the life of the sower and the reaper.

This is a church that has known birth and glory and death and resurrection. 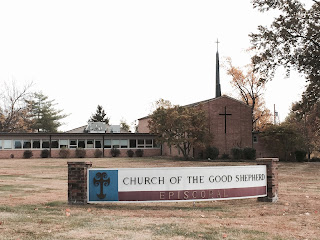 We’ve even got the “diminutive spire.”

This is a holy place, and we are holy people. Let us be gathered together, to proclaim with our time, our prayers, our talent, and our treasure, to do great things in love, sacrifice, and humility.