Each of Us Has a Name 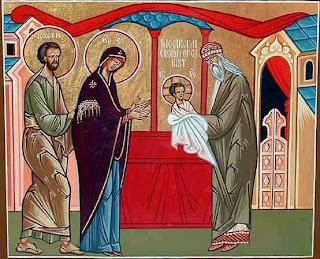 Our names are not so simple as the one or two (or, in my case, three) names that our parents choose for us. We bear many names throughout our lives. I am called Leslie, Scoop, Mrs. Scoop, Mrs. Scoopmire. I have earned the name "Mom" from the children I have borne, and sometimes, from the children that pass through my classroom. One of my first children I adored called me "Eesie."

As I tell my students, people didn't always have so-called last names or family names. These developed over time, and usually were used to explain whose child you were, the job you held, or the place where you lived. Smiths worked with metal. Jones and Johnson meant that you were the son of John in the United Kingdom, and of course there were variations in different countries- Ivanovich or Johannssen, for instance. Washington was a place in England.

It used to be that the official naming of a child denoted that child's acceptance by his or her family, and names were chosen for their meaning. There also were some taboos in naming. In the Ashkenazi Jewish tradition, a child should not be named after a living relative. Japan, Sweden, Germany, New Zealand, and Denmark have some sort of limitation on the given names for babies, with Denmark going so far as having a list of 7000 approved names. After once having substituted in a class with a kid named for liquid human waste, I can say that sometimes I have wished we had some limitations here in America-- especially after some yahoos named their kids ESPN in honor of the 25th anniversary of the cable sports channel. Maybe I'm just sympathetic after having taught school for so many years and seeing some real zingers of names on some poor kids who just wanted the anonymity of a name with fewer than twelve vowels in them.

Or maybe it's because I am sympathetic because I grew up with an unusual name. My mother wanted to name me Irene Katherine. My father wanted to name me Leslie. In an act completely representative of my parents' refusal to ever give an inch in the face of the opposition from the other, they smacked all three of those names on the tiny little baby I was. I was the only kid in school who had three names (including a hyphen between two and three just to make it MORE weird), because after all, this was Oklahoma, not Middle Earth, Hogwarts, a camp song, or the British Royal Family. My few Catholic friends (once again, Oklahoma) always asked if that third name was my confirmation or baptismal name, and it took my transition to the Episcopal church to understand what they meant.

Then, when I looked up the meaning of my names, it got more confusing. Apparently, my full name (including maiden name of Barnes) means "From the Grey Fort Peace Pure Of the Barley House" or possibly "Of the Gap." Maybe "Of the Gap" would have been appropriate, since I had a huge gap in my front teeth from the time I was nine until I was eleven, and the mean man down the street used to call me "Toothless" or "Gappy" when I was a kid walking past his house. And then there were the nicknames I received from various other acquaintances as a kid: Les, Lester, Lezzbo, Les Nessman, Luisa, Barney, Barney Fife, and, my least favorite: "Lezzzzzzzleee." I eventually made my peace with my name, but it took a while. Makes the whole scene where, in the film Dances With Wolves, Mary McDonnell explains why she is called "Stands With a Fist" especially meaningful for me, since I sometimes rewarded a playmates' wit about my name with a good smack to the breadbasket. After I once cajoled my then-boyfriend onto the dance floor at a party, I used to joke that my name was "Dances With Rhythmically Challenged Boyfriend." And he married me anyway!

But names, especially in scripture, are serious business. One of the first tasks that God assigned to Adam and Eve in the Garden was naming the creatures. The Bible is full of names being ordained for children to intimate what they will do as adults. Names are sometimes changed: Abram becomes Abraham, Sarai becomes Sarah; in the book of Ruth, Naomi, in her anger at the loss of her husband and sons, demands to be called Mara instead; Jacob becomes known as Israel after he wrestles with God; Simon becomes Peter the Rock (and sometimes acts like a blockhead). In many of these scriptures, it is obvious that names contain power, which is why some devout Jews today write "G-d" instead of the name "God." Names have power. Names can be a shorthand for destiny in scripture, myth, and literature.

Each of us has a name, given by God, given by our parents, given by who we are or who we want to become.

The video above plays a song from one of my favorite albums of all time. The album is called Zero Church, and it is by Suzzy and Maggie Roche. The liner notes for this amazing album can be found here, and I hope that you will go and read the story behind how this album was made. The album was originally due to be released on September 11, 2001 a terrible date that itself has become a byword for tragedy. Zero Church is an evocative spiritual album without being in anyway heavy handed, saccharine, or any of the other things that, I am sorry, Christian music often seems to be to me-- my profoundest apologies to anyone who disagrees with me regarding that genre. It is just that I grew up when Christian radio stations first started to promote what became known as "Christian contemporary" music, and much of it seemed to not be very good music nor very good lyrics, and then there was the fact that it was just too darn preachy, and I had just left that kind of faith tradition on my way to the Episcopal Church.

But back to business. I was sitting in church yesterday, which was the Feast of the Holy Name of Jesus. This song was playing in my head as I listened to the sermon. These are the lyrics, which are derived from a prayer in the Jewish Book of Blessings:

Even before his birth, Jesus was given a name by God through an angel. On the eighth day after his birth, he was taken to the temple for his circumcision and naming. Even though the Episcopal Church has placed this feast day on January 1, today would actually be the eighth day from Christmas. So I was thinking about the names we all bear today.

Jesus is the translation of Y'shua, which means, "Yahweh is Salvation." Of course, Jesus was not the only name that our Savior bore. When we were kids, my brother had a poster on his wall that had all of the names for Jesus on it. Isaiah 9:6, for instance, states that the child born to us shall be called Wonderful Counselor, Mighty God, Everlasting Father, and Prince of Peace. Isaiah 53:3 names Jesus as the Suffering Servant by whose stripes we are healed; this legend was on one of the stained glass windows in my first Episcopal church to which I belonged, St. Luke's in Tulsa, and I used to look upon the image for hours. Hebrews 2:10 calls Jesus the Author of Our Salvation. Jesus called himself the Way, the Truth, the Life; the True Vine; the Son of Man; and the Good Shepherd. Then there is the honorific of Messiah, or Christos, the one predicted for generations to be a light to the Hebrews and the redeemer of mankind.

Each one of these names reflects a special role that Jesus takes on for us. Therefore, each one of these names is a gift to us to try to help us, in our limited comprehension, understand the amazing thing that has been done for us through the incarnation of God, which is why Jesus was also called Immanuel, which means "God is with us."


God is indeed with us. Yahweh certainly does save. Jesus is proclaimed as the Messiah, as the point of contact between human frailty and God's infinite wisdom and love, the greatest gift of this Christmas season. Alleluia!
Posted by Scoop (Leslie Scoopmire) at 4:29 PM

Email ThisBlogThis!Share to TwitterShare to FacebookShare to Pinterest
Labels: Christmas B, theology