How Christians are perceived... 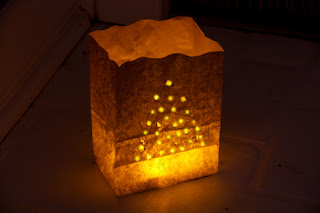 First, I read this really great post from 2009 by Richard Beck at his blog. It's called "The Bait and Switch of Contemporary Christianity." Here's a key section, although I recommend the whole thing:


The trouble with contemporary Christianity is that a massive bait and switch is going on. "Christianity" has essentially become a mechanism for allowing millions of people to replace being a decent human being with something else, an endorsed "spiritual" substitute. For example, rather than being a decent human being the following is a list of some commonly acceptable substitutes:

Going to church
Worship
Praying
Spiritual disciplines (e.g., fasting)
Bible study
Voting Republican
Going on spiritual retreats
Reading religious books
Arguing with evolutionists
Sending your child to a Christian school or providing education at home
Using religious language
Avoiding R-rated movies
Not reading Harry Potter.
The point is that one can fill a life full of spiritual activities without ever, actually, trying to become a more decent human being. Much of this activity can actually distract one from becoming a more decent human being. In fact, some of these activities make you worse, interpersonally speaking. Many churches are jerk factories.

Amen, brother. Some of the biggest bitter, vindictive, angry, unpleasant twerps I have ever known have trumpeted their self-identification as Christians. They follow everything on that list (You know, I've got 1-5 and 7 down, but after that, I am not doing so well.) and yet not one bit of the Great Commandment do I see coming from their actions. And God knows I certainly am not perfect. Unfortunately, I have a wi-i-ide streak of smart-ass in me that just refuses to be tamed.

Mr. Beck makes a great point. I am reminded of this when I consider the publicity that right-wing groups get when they pressure retailers like Lowe's into pulling its advertising from "All-American Muslim" because they believe that all Muslims are terrorists and bent on destroying the West. They demonize all Muslims, and then Christians are all tarred with the brush of being intolerant from the actions of this group of badly behaving people who use the cover of Christianity to justify their actions.

Let's face it: often the loudest, most outrageous practitioners of any faith are the ones that become the face of that faith. Instead of generalizing from a random sample of a certain population, those who engage in demonization of various groups hypothesize from the behavior of the worst members of the group. The argument then runs, if some members of a group are evil, then all members of a group are evil. This is a common tactic used against many religions.

And Christianity certainly is not immune. Nor is it monolithic. The world sees the Rick Perrys and Newt Gingriches and Michelle Bachmans and, yes, the Jimmy Swaggarts of the world crowing about their Christianity and then judges an entire group by their actions, and all Christians become a watchword among the nations.  The other day, a neighbor asked me to explain creationism to her. When I stated that I didn't believe in creationism, she looked confused and said, "But... I thought you were a Christian or religious or something...?"

It seems that hymn I grew up with was wrong. They don't seem to know we are Christians by our love. They seem to know we are Christians only if we proclaim our status, especially if there is a disconnect between our proclamations and our actions. Then, because of our "personal relationship with Jesus," we can do whatever we want, since we are "4given 4ever," as I saw on the bumper of a gigantic pickup truck the other day. I mean, when gang members wear rosaries and crucifixes become fashion statements, what is left for the Christian who seeks to invest her energy in trying to be a "more decent human being," in Beck's words?

Those of us who actually try to live the Gospel and follow the teachings of Jesus have to make ourselves more visible. Our actions need to not only whisper but shout.
Posted by Scoop (Leslie Scoopmire) at 7:23 PM

Email ThisBlogThis!Share to TwitterShare to FacebookShare to Pinterest
Labels: theology